With GF 2.5 on the horizon, what are you most excited about? 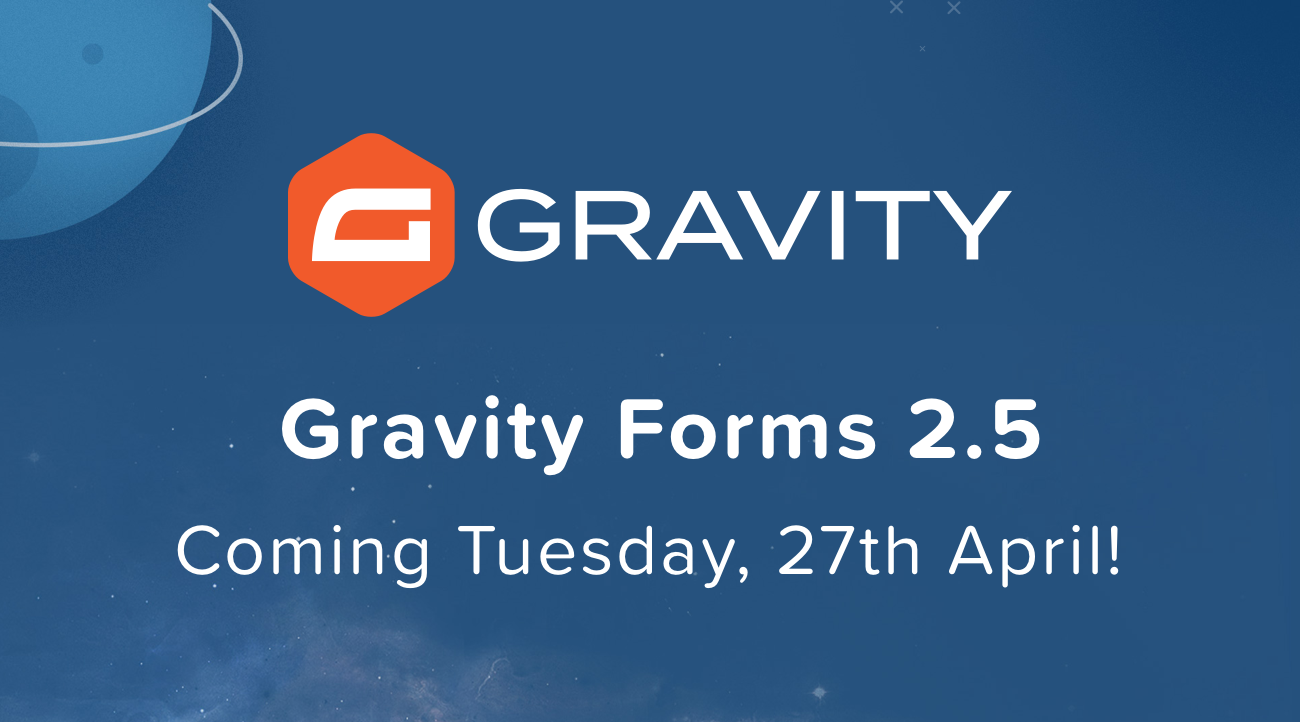 Announcing the news everyone has been waiting for - Gravity Forms 2.5 will go live on Tuesday, 27th April, 2021!

Are you ready? Excited? I’m curious to know what folks are looking forward to with this release.

From the User Perspective

Hands down it’s Drag and Drop columns! Get a visual representation of the column structure straight from the UI + no more working with CSS Ready Classes. It’s fantastic!

One of the little known additions in this release is REAL entry date merge tags. {date_dmy} and {date_mdy} have a fixed date format and they use today’s date and not the entry date, which becomes problematic when you throw something like Gravity Flow into the mix. The {entry:date_created} tag also suffers from a fixed format (yyyy-mm-dd hh:mm:ss) and the date/time is in UTC, instead of the site’s native timezone. With permission from GravityView I ported their amazingly-powerful date Merge tag over to Gravity Forms for 2.5. While a relatively small feature, I feel like it’ll be a game changer for users.

From the Developer Perspective

Cleaner markup on the front end and less intrusive CSS will mean it’s far easier to style forms the way you want to. Having accessible markup is a big win, too!

The level of accessibility built into both front-end and admin experience is amazing. Not only does it provide customers that care an easy item to check off their WCAG considerations, but from my own testing I think the usability is just flat out better. Proving that yet again when you take the time and put in the work the results will be better FOR EVERYONE.

Very excited to switch up to 2.5 fully very soon.